Deep Purple – From The Setting Sun … In Wacken

Deep Purple – … To The Rising Sun In Tokyo

Deep Purple played their first concerts in April and May 1968 under the name of Roundabout. 11 concerts were completed in Scandinavia and a TV appearance. Unfortunately, not all concert dates announced.
There was even a concert played in Copenhagen, Nimb Club – but the date is unknown.

Maybe someone can still help with infos or old newspaper articles …

Previously, these concerts are known: 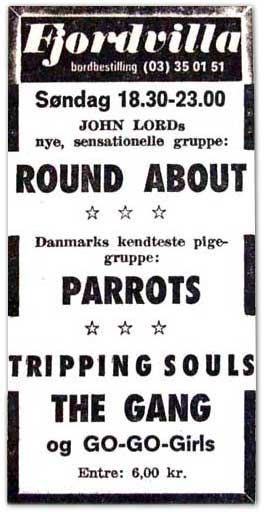 More infos about Ringsted and Roskilde concerts in the 60’s.